Grenfell Tower: The Cladding in Question 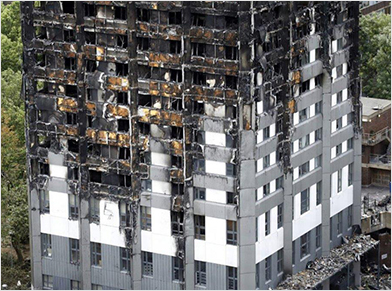 Buildings are prone to disasters, especially fire outbreaks, as a record around the world shows. The fire outbreak in the Grenfell Tower, London has raised questions about security, yet again. The facade materials are helmed as the reason for the spread of fire, which broke out on 14th June, 2017 and has caused 79 casualties. The residential towers are located in the Notting Hill area of London.  Studio E Architect, based in London itself, and contractors Rydon carried out the £8.7 million refurbishment of the 1970s building, which got completed in the summer of 2016. This included adding a new cladding of aluminium composite panels to the outer facades of the tower block, as well as installing an energy efficient heating system. The air cavities between the new cladding layer and insulation are said to have acted like a chimney, speeding the spread of the fire, which burnt through much of the facade. Rydon claims the works met all fire regulations and health and safety standards. But chancellor Philip Hammond has claimed the cladding – which is banned in high-rise buildings in other parts of Europe and America – is illegal in the UK. Speaking on the BBC1 television programme the Andrew Marr Show, Hammond said: “My understanding is the cladding in question, this flammable cladding which is banned in Europe and the US, is also banned here.”

“All our warnings fell on deaf ears and we predicted that a catastrophe like this was inevitable and just a matter of time,” reads a post on the Grenfell Action Group blog. “Regular readers of this blog will know that we have posted numerous warnings in recent years about the very poor fire safety standards at Grenfell Tower and elsewhere in RBKC.”  The 120-unit Grenfell Tower was home to primarily low-income residents, many of whom immigrated to the UK from Sudan, Eritrea, and Syria and had been considered as social housing since its construction in the 1970s.

According to latest reports from London, there are about 600 towers which have used illegal cladding which are not properly tested or comply the stringent fire laws. 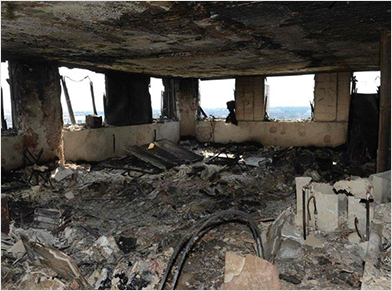 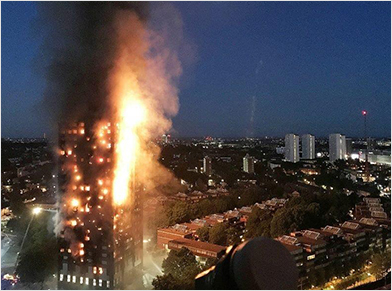