The first match was between Mccoy Soudal and Alpro. The Alpro team won the game by77 Runs. Pawan from Alpro was declared as Man of the Match.

The second match played between Wurth and Kommerling was very exciting. Team Wurth scored 190 for 5and Team Kommerling scored190/4 in a nail-biting finish.A super over was played to decide on the winning team in which Kommereling won the match by 15 Runs. Durai Swami from Wurth and Nabeel from Kommereling were declared Men of the Match.

The winners from both the matches – Alpro and Kommereling – played the final sand Kommereling India won by 5 wickets. All the players from the teams were felicitated. 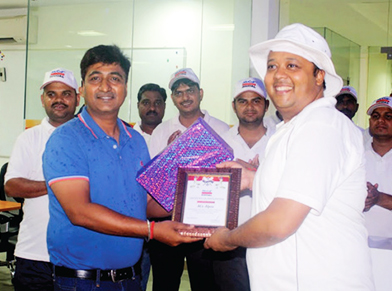 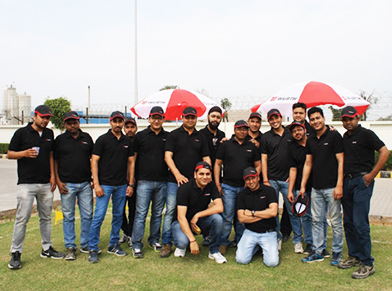