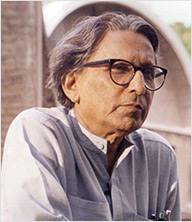 This year’s Royal Academy of Arts’ Annual Architecture lecture will be delivered by Balkrishna Vithaldas Doshi. The event coincides with his 70th birthday and makes him the 27th speaker for the event. After working with Le Corbusier on various projects across Ahmedabad and Chandigarh, prominently, he established his own studio in Sangath, Ahmedabad. He has not only created spanning large areas of expertise, but also etched a mark for himself in the international circuit. He would be speaking about his almost 70 year career in architecture and how he brought the Indian art and architectural into the main league with his designs. Not only has he created awareness in communities through his designs but also accommodated the local techniques and resources seamlessly into the same.