The West Bengal chapter of the Indian Institute of Architecture hosted the National Convention of the Indian Institute of Architects at Vedic Village, Kolkata. It was aimed to bring together professionals and explore on the various facets of architectural development, practice, education and the future vision. The theme based on “People and their Spaces” was discussed rigorously as leaders from different parts of the world gave the much-needed focus to the architectural scenario of the state.

Maki, winner of the Prince of Wales Prize in Urban Design in 1993 from Harvard University, was honoured by many of the profession’s highest accolades, including the Wolf Prize from Israel in 1988, the Thomas Jefferson Medal in Architecture in 1990, the Gold Medal of the UIA in 1993.

Mehrotra, an architect, urbanist and educator has written and lectured extensively on issues to do with architecture, conservation and urban planning in Mumbai and India.

To embody an idea of pushing architecture from “Modern” to “Timeless”, Oborn, vice-president of the International Royal Institute of British Architects and a national member of the Riba Council discussed specialisms in sustainability, advanced modelling and computational design.

Nghia studied architecture at the University of Tokyo before returning to Vietnam to establish Vo Trong Nghia Architects in 2006. He has received numerous international prizes and honours including but not limited to the World Architecture Festival Award, the Arcasia Award, Wan 21 and FuturArc Green leadership Award. These luminaries shared their thoughts on topics such as creation of humane environments, responsibilities of an architect, crafting spaces and building knowledge, architecture with a small ”i”.

There was a panel discussion on “Dialogues with the Masters” with Narendra Dengle, Prasanna Desai, Pushkar Kanvinde and Partha Ranjan Das as panelists. A souvenir with many scholarly articled was also released to mark the occasion.

Over 1,000 delegates attended the convention who came together to discussed on networking, professional development and personal growth opportunities. There were other contingents from the states of Maharashtra, Tamil Nadu, Kerala, Karanataka and Odisha. The evenings were spent in camaraderie and entertainment with different contingents putting up short cultural tableaus from their respective states in addition to cultural performances with a flavour of Bengal.

This IIA Natcon is poised to be one of the largest conventions held under the aegis of IIA president Ar Divya Kush, with many of the practising architects of the city. The IIA has been playing a major role in promoting the profession of architecture by organising to support aesthetic, scientific and practical efficiency of the profession, both in practice and education. 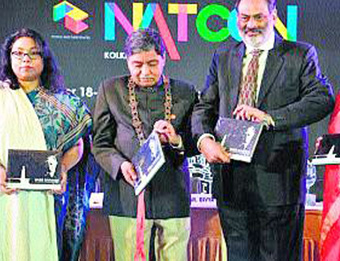 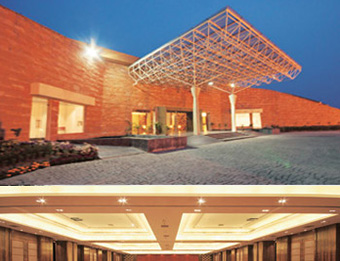