To take the debate to a next level, WFM (Now McCoy Mart) interacted with the masters of materials in their respective fields and got an insight on two different levels. One a master in the primary material and the other knight of knowledge in his own might. One an epitome of wisdom representing the largest business house of India and other the finesse personified from the company which literally gave birth to uPVC windows in India. Both the key drivers of the premier association representing manufacturers of uPVC Windows and Doors and other allied industries (UWDMA). Presenting, for the readers of McCoy Mart, for the first time, a first-hand account of commercial and market situation of uPVC window industry from Dr. Shreekant Diwan and that of technical and functional advantages of uPVC windows by Mr. YP Singh.

McCoy Mart: Dr. Diwan, how do you perceive current economic outlook for the uPVC market in India?

Dr. Diwan: I feel the whole of building and construction industry itself is going through a difficult phase. So naturally impact will be there on the uPVC windows as well. But otherwise, it has got a fantastic future. PVC is one material which comes under “special plastics” category. The pressure it puts on the non-renewable resources, i.e. petroleum is much less than other plastics. 57 % of PVC comes from natural salt. If people are concerned about conserving non-renewable resources, then PVC should be the obvious choice.

McCoy Mart: How would you define the current transition from wood to aluminium to uPVC?

Dr. Diwan: In past it was all wood which was being used. Then aluminium was introduced. The carpenters, who were involved in making and installing wooden windows, could easily switch over to aluminium as there was no additional skill required. Both wood as well as aluminium profiles can be procured from the market off the shelf and carpenters can fabricate and install at the site. While in case of uPVC, it is not possible to fabricate in the same fashion as aluminium or wooden windows. Installation too is a little more skillful. They have to be fabricated in the factory as a lot of machine processes are involved in manufacturing a proper uPVC Window. In spite of this fact, uPVC windows are very much accepted in the country.

McCoy Mart: PVC in common knowledge is not considered as a green material. How can industry get together to generate the awareness and counter the myths associated with the product?

Dr. Diwan: There is this pioneer association of uPVC doors manufactures called UWDMA, which is doing its bit in bringing about the knowledge. Along with the chairman of UWDMA, we’ll take it up with GRIHA and other agencies and make them aware about the product’s eco-friendliness. I don’t find anything greener than PVC and it’s not because I am working for this industry. It has been proven beyond doubt by various studies carried out by various independent academic bodies that uPVC is one of the friendliest products for the environment and its contribution can be seen not just in energy saving but also in environment conservation.

Wood is considered to be having the best insulating properties and there is no iota of doubt in that. However, wood windows absorb moisture and swell which leads to difficulty in closing and opening. So the exchange of heat that takes place is much higher in case of wood windows because of the leakages. And then most of the timbre procured is either through illegal means or is imported – which again is the cause of concern.

One more interesting point is that is in a window 80-85% is the glass. Frame contributes only 10-15%. But again it has been proved, that even this small area plays a very important role in saving energy. As much as 51% of energy is lost through the frame depending on the surface area and material of the frame.

McCoy Mart: PVC windows came in India from abroad. How do you see indigenous extruders emerging in the market and taking over?

Dr. Diwan: India has huge technical aspirations. I believe, once the companies are operating in India, they are Indian. They are doing the business in India, supplying to the Indian market, so they are Indians. They saw the opportunity here and we are more than happy to have them in the country. It’s only to our advantage that experienced people are coming, bringing with them their technological prowess and helping in evolution of Indian market.

McCoy Mart: How do you see the export market for Indian extruders?

Dr. Diwan: India is predominantly an import driven market. It’s not that we don’t have intelligence and technological advancement here is beyond comparison. But, this may be because people here are a little anxious to venture out and try something new. However, there have been organizations, who dared to explore unforeseen avenues and bring about revolutions. I would like to quote the example of Fenesta Windows and Doors here. DSCL started this uPVC windows brand when uPVC windows were largely unheard of in this part of the world and since then there is no looking back.

McCoy Mart: How does Reliance strategize to bring up the uPVC window market in India – For indigenous or for foreign extruders?

Dr. Diwan: I would like to reiterate here that Reliance is basically a raw material supplier. We have always taken the right initiatives to upgrade the market and we have been doing it for quite some time now. As of now share of uPVC windows is less than 10% of the total fenestration market. But then there is a scope for 90% filling. We see a good business potential, not only for window manufacturers but the entire value chain.

McCoy Mart: Do you take up some initiatives with government sector to increase awareness on uPVC fenestration?

Dr. Diwan: RIL is only a raw material manufacturer. But we support the manufacturers in every possible way. We join hands with the product manufacturers and approach the government sector or related agencies in our capacity.

Worth mentioning here is that it was the initiative of RIL that UWDMA (uPVC Window & Door Manufacturers Association) was formed along with the industry members. The activities involving awareness generation, imparting skill and knowledge to the industry and stakeholders are taken up actively by UWDMA.

McCoy Mart: What would be your advice to profile and window manufacturers?

Dr. Diwan: I would just like to make an appeal to that all the stakeholders in the value chain that we have to take care of the mother earth, saving energy and environment should be given prime importance at every stage. And if the product you are using is helping to conserve this environment, then half the battle is won. 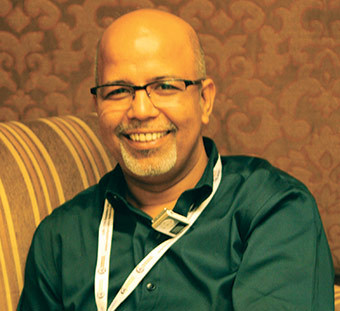 McCoy Mart: In your diverse experience of 20 years, how do you see it doors and windows market evolving?

YP Singh: DSCL were the 1st to produce uPVC windows in an organized fashion using properly engineered systems. uPVC faced an immense challenge in placing the first stepping stones for the unique product it was then. For the first few years DSCL’s sole endeavor was to generate the awareness, to omit the word “plastic” and introduce uPVC, to enforce that the product can live for 10 years and longer.

Then slowly the market started to experiment with new products and grew synergistically with the growth of construction and real estate sector. The boom in construction industry turned out to be instrumental in successful introduction of uPVC in the market.

YP Singh: uPVC has been there for almost half a century in the world and tested in all types of climatic conditions across the world. And it has been growing only ever since. This gives a lot of impetus that the product will remain for a long time to come in India as well. So there is no threat of new or old material. PVC in itself is a relatively newer material. Of course, there is a market and will remain, for other materials as well. Going back 10 years, in India it was largely wood or aluminium or steel to an extent. Nobody even thought that PVC could emerge as window material. But now, uPVC is growing at an average rate of 25% every year.

McCoy Mart: what’s your take on sustainability – how can right windows give a boost to sustainable building:

YP Singh: Good question. This is the question we have been struggling for last 10 years. I would like to state an example to understand this question –

I live in an upmarket society in Gurgaon and there are quite a percentage of people who have started replacing windows of their apartments. The society is hardly 5 to 7 years old. Why should a part of those houses be changed or replaced in such a short span of time?

You can say they have money, they want to spend. But it’s the wastage of resources. May be they thought they spent less 1st time around, but look at the real price now. Within 5 years the initial amount x has been reduced to 0. Can this be called a sustainable development? No. a sustainable development is where the resources can be used year after year and value is derived of the money that’s spent. So we need to look at the real value than at the price. 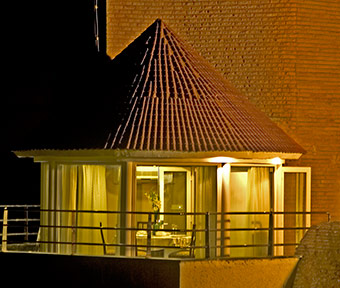 For example, if you see Maruti car in 1980’s and now, there is a huge technology shift from then to now with the changing mindsets and requirements. Likewise, we have to get into the mindset of people for the sustainable development. We have to always select the sustainable materials which have a long life and can contribute to the green footprint of the building. Everything has its own lifecycle. Nothing comes cheap and nothing is expensive. If you are paying more for something then there has to be some value attached to it.

uPVC is a perfectly sustainable building material being 100% recyclable and having lowest embodied energy when compared to other popular building materials like steel and aluminium. uPVC windows help in conserving energy and are long lasting to the tune of life of the building. Even the inclusion of UPVC windows in Noida’s urban townships has become frequent.

McCoy Mart: 5 key properties off your head that you recommend a good fenestration product should has –

Biggest performance criteria for a window are Sound and dust isolation as of today and particularly in this part of the world which draws greater attention than even energy conservation. uPVC windows with their double or triple sealing gaskets, fusion welded corners and engineered fabrication help in reducing noise and dust ingress to a great extent.

In the coming times the criteria might shift from this to energy. In past 10 years energy has inflated 300%. And coming years it is bound to rise even further. Energy saving properties of uPVC widows shall prove to be a bane for further growth of market segment for this product.

McCoy Mart: What according to you is the biggest challenge that the uPVC window industry is facing today?

YP Singh: Lack of Quality standards. The window fabrication industry is such low capital investment industry that anybody with some money can open up a fabrication shop. The problem is that not all have right knowledge. And knowing or unknowingly they end up producing substandard products. The problem is not them actually; the problem is that unfortunately we don’t have any norms or standards defining a proper window. Any window should meet a certain norm, should adhere to a certain standard. UWDMA members have charted out a set of guidelines for the proper fabrication and installation of uPVC windows. The same shall be included in the BIS as a standard code of practice.