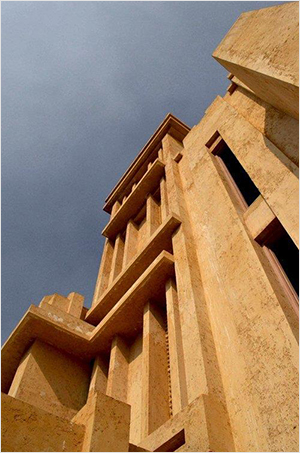 In a city, one of the things that have become mundane is the building facades; one look at the structure and you would be able to easily differentiate between a residential structure from a commercial one. But would you be able to tell two houses apart? Facade materials and design can help regulate the temperature of a building in many effective ways, especially in cities and that is what Chaukor Studio has tried to achieve with its latest project- ‘The Minaret House.’ Located in Noida, India, the project is an example of regenerative architecture. The studio has tried to use the traditional and modern technologies together, treating the facade alongside that. According to the studio, ‘A natural ventilation system has been implemented in the house with the use of a Minaret. The forced air circulation created by the Minaret lowers the indoor temperature phenomenally and helps in reducing energy loads. Wind towers have been in use for many centuries in various desert regions around the world. Egyptians were one of the early adopters who were able to observe the phenomenon and provide a physical form to it. In addition to the proper solar orientation of the building, various design techniques have been used to reduce direct heat gains. 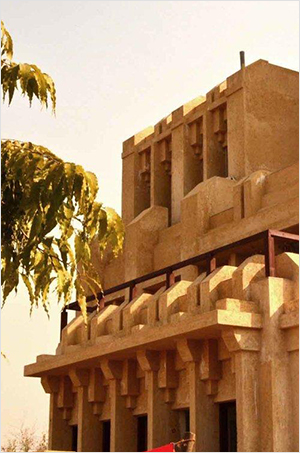 The intricate building facade is not mere ornamentation; rather it is used to inter-shade exterior walls and reduce direct heat gains.’ In a city where structures and people are struggling with identities alike, The Minaret House is a fresh whiff of air.