What is the strength of window frames that is the first question that pops up in your mind when you are going to buy any window frame, so we are going to answer some of the important points about the strength of window frames in this blog? We can all agree that globalization has led to a large number of European fenestration products entering the country with features and benefits which are sometimes totally irrelevant to India’s challenging market requirements. For example, Most European uPVC windows profile suppliers are labouring the point-of uPVC’s frame recycling ability albeit uPVC frames are only ‘5 minutes old’ in India, the recyclability is an inherent (well researched and documented) material property, meaning that no one can or should claim any credit for it. Another example is the overstated emphasis of meeting the resistance to impact Class 2 (EN 12608 – paragraph 4.3 page 8). UPVC profiles should NOT break or shatter when impacted under laboratory conditions at minus 10 degrees from a drop height of 1.5 metres (!!!) This test was originally introduced over 35 years ago in order to differentiate between rivalling materials, high-impact modified uPVC and unmodified uPVC. But is this still a valid product differentiator with tangible product benefits for the ‘end user’? I don’t think so because even in today’s Europe, the most stubborn uPVC hard-liners or uPVC purists have accepted there should be an additional EN resistance Class without any requirement that caters for countries and regions like Spain, the South of France and Italy, Malta, Cyprus, Greece, Turkey, Israel etc. …and probably for India?

Fortunately for India, the most daring profile importer avoids, nowadays, comments like ‘strength of window frames, especially our uPVC material, is special and much stronger, therefore you don’t need to steel reinforce our profiles!’ 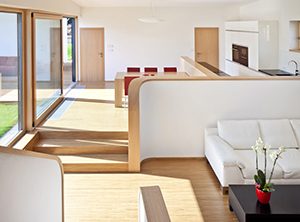 This leads me to address the first (sometimes) insurmountable hurdle, of judging what is right or what is wrong? As a rule, you don’t have to be a structural engineer or a fenestration expert when you can push the central meeting rail of a Patio door or the vertical mullion joint of a door combination with your fingers an inch either way. This should create some concern regardless of knowledge because any frame of any material should have enough inherent strength to cope with the design wind pressure which is arrived by using local, climatic and geographical conditions.

How to arrive at the design wind pressure is comprehensively covered and explained in the Indian Standard IS 875 part 3. It is expected that windows and doors have to cope with the same wind pressure as the whole building, therefore frame static calculations are absolutely essential for every project at the quotation/tendering stage in order to establish the profile type, the reinforcement type and size (for uPVC) and the maximum permissible glass area depending on glass type and glass thickness. Providing Window frame prices to contractors or retail customers prior to any static calculations, operational stability checks (for sliders), screen passenger loads and U-value calculations (if required) etc. can lead to embarrassing situations when the whole budget has to be revised (mostly) upwards because of under specification or due to the occasional change of frame style. Common sense should prevail and a workable frame specification should be agreed upon beforehand on which the prices should be based.

You may also know: Fenesta Windows and Doors Price 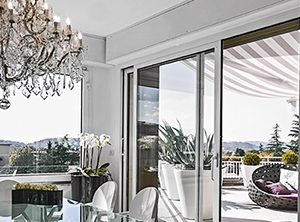 Window static is not peculiar to uPVC, it applies to all known frame materials, equally, but no one thinks about the increased profile depth of vertical members (mullions) or frame coupling joints when looking at commercial Aluminium or ‘older’ wooden frames, especially historic wooden frames. The general public is very familiar with wooden casement window frames but cannot easily judge the sleek-looking Aluminium sliding windows. The rediscovery of an old Parisian concept has reached country-wide acceptance and Aluminium sliding windows are now predominately found in high-rise projects but require the same additional strengthening devices as uPVC, the ‘dreaded’ Hurricane bar. The presence of the most contentious add-on device to increase rigidity, although very effective and absolutely essential, is always questioned on financial grounds. “Do we really need it? The other tower block did not have it either?” 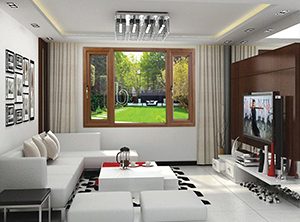 But it seems that no one has ever considered the wind speed differences between India and Europe.
For example, The lowest Indian wind speed is 33 metres/second (Bangalore) whilst the highest wind speed in the UK is 31 metres/second followed by Germany with 30 metres/second. India’s average wind speed of 44 metres/seconds (Mumbai, Hyderabad), when used in high-rise projects (up to 100 metres), results in most of the time in design wind pressures exceeding 2000 Pascal’s.

Most products are designed with a safety factor in mind.
If I would be the glamorous designer of the original, successful Boeing 747, I would be overjoyed and proud that my plane is actually flying (who wouldn’t) but someone at Boeing will accuse me that my plane is actually over-engineered and will use too much fuel and my design will be back to the drawing board to safe more weight and subsequently fuel.

In fenestration, the aim is to achieve, as a minimum, a safety factor of 1.0 (ONE) unless you are a daring racing car designer like the late Colin Chapman who designed Lotus Formula 1 racing cars in the nineteen sixties and seventies applying occasionally a safety factor of 0.8 to gain the extra speed, working under the unwritten proviso “Either you become a world champion or you die in a Lotus racing car!”

Today’s computerization and technological advancements make window static transparent and reproducible. The fabricator’s technical fenestration competence can be backed-up and demonstrated by genuine calculations/simulations which may become a deciding factor in the future for awarding contracts on technical merits instead of a price!