The Haryana Urban Development Authority (HUDA) is set to introduce an online process from December 2016 to seek approval for the revised building plan. Huda will implement an online system to approve building plans from November 21, 016 and scrap the existing system of seeking approvals. The digital method is expected to make the entire process of building planapproval less cumbersome and transparent, leaving little scope for corruption.For smooth implementation of the online system, the development body is conducting training for officials and architects, who usually apply for approval of building plans on behalf of their clients. 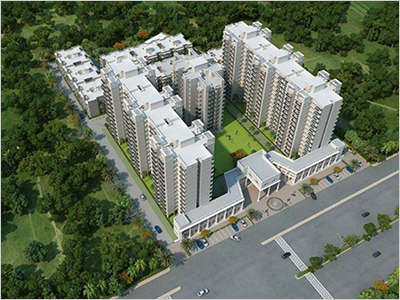 The Haryana government has been trying to implement the online building plan system for quite some time. A policy guideline, according to sources, was prepared in this regard in May 2009, and after seven years of trial and error, the state finally managed to come up with an error-free software called ‘online approval of building plan’. A notification on the implementation of this system was issued on June 15.

“The manual system to seek approval of building plan used to take more than a month, in which the building plan passes through various lengthy and cumbersome processes. Usually, it takes more time than what’s prescribed — around 21 days.

New online system was implemented in an attempt to expedite the process and ensure homogeneous and uniform scrutiny across the state,” a senior Huda official said, adding that under the new online system, approval will be given in just six days. A timeline has been fixed for officials to perform their designated role.
For carrying out construction on land in Huda sectors and land allotted by the urban development body, one has to get building plan approved from the estate officer concerned. “Earlier, a committee used to scrutinise the building plan with representatives of estate officer and the engineering wing,” a Huda official said, adding now it will be done online.

Elaborating on the online process, he said the architects will have to submit the drawing of fresh building plan in computer-aided design and drafting (CADD) drawing format to Huda through its portal by entering login id and user id of an architect registered with Huda.

The architect will upload the building plan in the required format, if the plan is technically approved by the AutoDCR (Automatic Development Control Rule). A printout of the plan, which has the signatures of architect and the owner of the plot, and required documents will be submitted. If all the details are found correct, junior engineer (JE) will submit its ground inspection report in two days.