When Hariri Pontarini Architects, a Canadian based architectural firm, beat 184 submissions to design the new Bahái Temple in Santiago in 2003, little did they know that they might be working without any imposing faith constraints.The design for the structure, unveiled in 2016, is inspired by how seedlings twist and turn to grow towards light. The temple is composed of nine “luminous veils” with nine bronze doors and nine pathways. The number nine holds a significance in the Bahái faith and stands for unity and perfection. Between two pathways, there is a lily pond. The structure, when viewed from a certain height, transforms into a reflecting pool, greeting the incoming crowd. Since there was no space for circumambulation, as is there in a typical design of a Bahái temple, when one views the structure from above, it appears to be frozen in the middle of a revolution. For the exterior of the building, Hariri wanted to use materials which wouldn’t just reflect light but also glow from inside. He created a cast glass made of borosilicate which did the task of absorbing the light. To create the glow, he found a rare marble in the quarries of Portugal which completed the requirement for him. 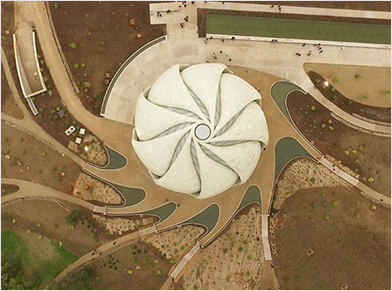 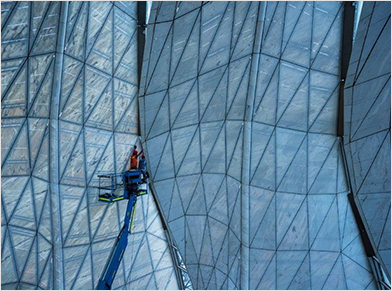 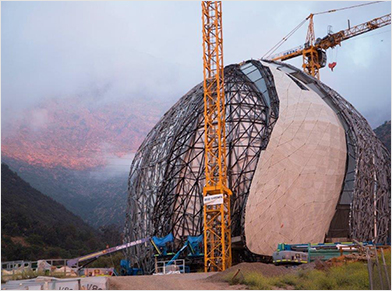 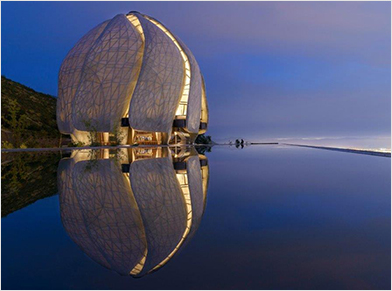