The world’s longest and highest glass bridge at Zhangjiajie, Hunan Province, China- has been reopened for public after clearing a security inspection. With a capacity to hold 10,000 people a day, the glass bridge saw a trial operation in late August this year, but was closed 12 days later due to “overwhelming demand”. Local Cili county magistrate Gao Jingsheng said the glass bridge was not closed for safety reasons as rumours had suggested. It cleared security inspection and its construction was up to standard, the official said.

Designed by architect Haim Dotan, the 430-meter-long structure is believed to be the world’s longest and tallest glass pedestrian bridge.It offers a panoramic view of the Zhangjiajie Grand Canyon. During its trial operation, the bridge held no more than 800 people at a time. Each day, 8,000 visitors had the opportunity to walk on it. 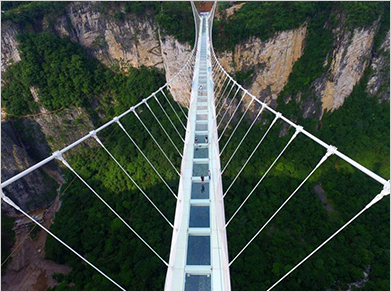 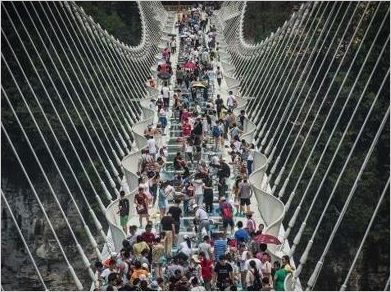